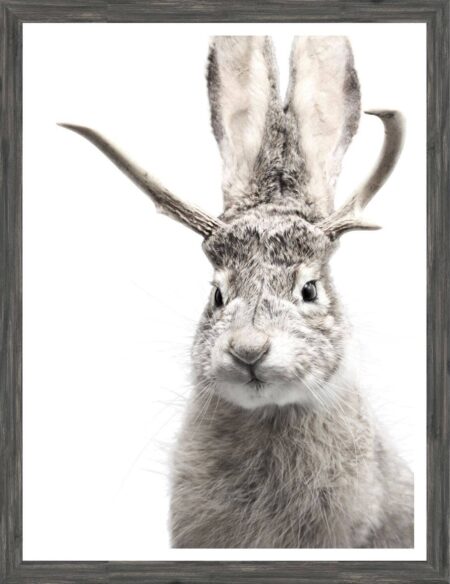 It seems the Jackalope is an intriguing combination of a jackrabbit and an antelope, the Frankenstein of the bunny kingdom.  It was known to join the campfires of cowboys, mimicking their song but be careful, they are also are known to be vicious. You can even buy a hunting licence in  Douglas, Wyoming but it is only viable between midnight and 2 am on the fictional June 31. The jackalope has appeared in published stories, poems, television shows, video games, and a low-budget mockumentary film. The Wyoming Legislature has even considered bills to make the jackalope the state’s official mythological creature. Who knew?

Have a little fun with this little trickster.

*Art is available for delivery or pick-up only.  We do not ship art.