Heartwood Custom Woodworks truly embodies that no project is too large or too small. Each project is given full and exacting attention to detail – and when they promise something, they deliver.

Heartwood is a go-to master carpentry company based in Eagle – all of the designers agree that they enjoy working with them not only because of their ingenuity and creativity but also because of their work ethic and passion. 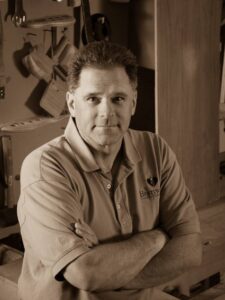 Heartwood was founded in 1992 by Carl Jordan, who grew up in his cabinetmaker father’s woodshop. After he completed an apprenticeship with a German master cabinetmaker, he opened Heartwood.

“They are totally easy to works with, very kind and respectful, always have great design ideas and ways to make a project better,” says Marilyn Smith, senior designer who has a long list of clients. Heartwood swooped in to save the day when there was a snafu on the project. It was a full circle, though, Smith explains.

Heartwood had done all of the millwork including the flooring in the home when the house was originally built. When another vendor didn’t complete the project correctly, Jordan went above and beyond and not only fixed the problem, but did it quickly and with a generous spirit.

“He was incredibly nice. I have worked with Heartwood for years: furniture builds and cabinetry. This was really a small thing, but he made the client happy.” Obviously, Heartwood also made Marilyn happy.

The company also helped principal designer Andrea Georgopolis on a recent project too. They did a great job building a custom island for a home in Bachelor’s Gulch. The design was lovely as they sourced some unique barnwood and added a nice gray paint as an accent.

“Yes, Heartwood totally helped me a in a jamb just recently. They did a wonderful job on a quick turn around project,” she shares.

It’s companies like Heartwood that make a design project really come together and look amazing; but it’s people like Carl Jordan and his team who make the process professional and smooth. 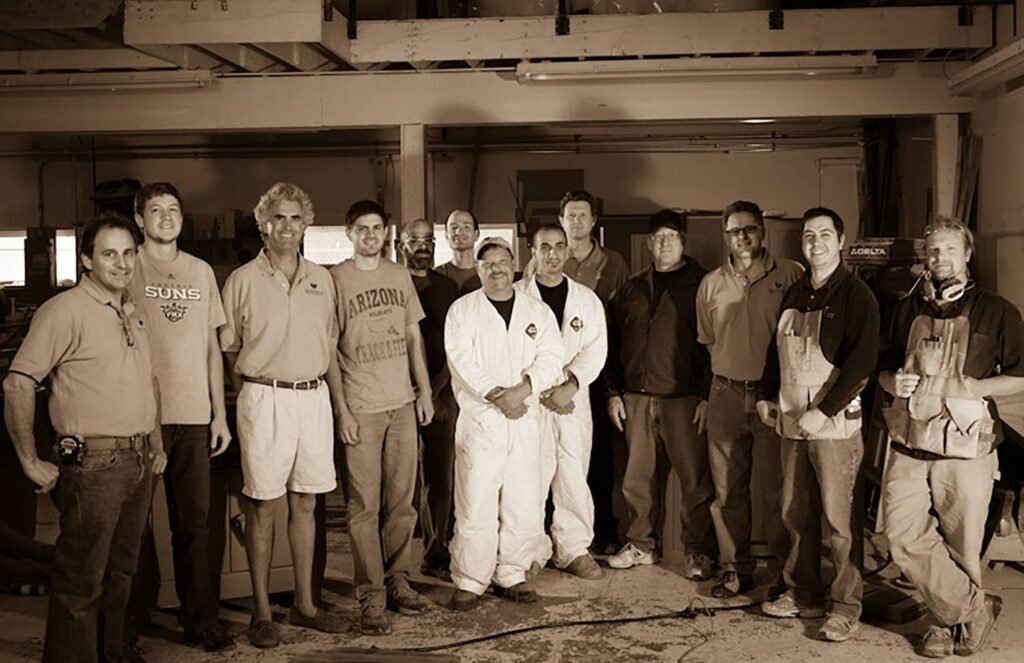